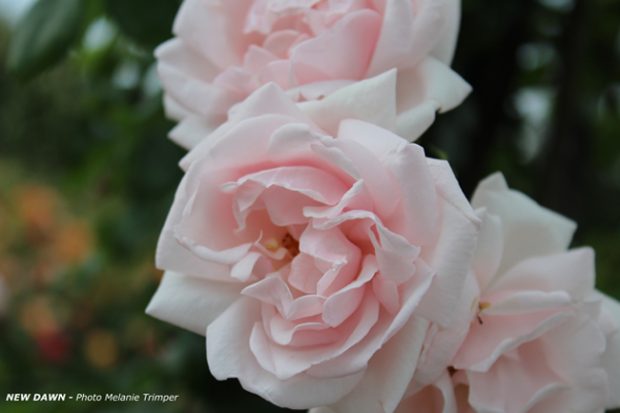 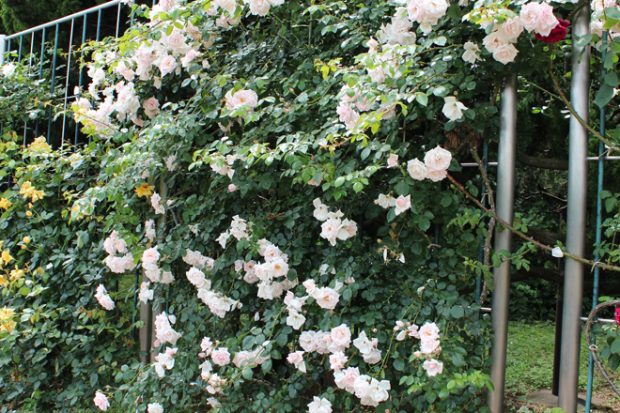 The World Federation of Rose Societies (WFRS) holds a World Rose Convention every 3 years. In 2022, this Convention will be held in Adelaide at the Adelaide Convention Centre from 27 October to 3 November.

At each World Convention, all Member Countries vote on a rose to be inducted into the WFRS “Hall of Fame” collection which now numbers 17 modern roses. Over the next 10 months, leading up to the World Rose Convention, one or two “Hall of Fame” roses will feature as “Rose of the Month”.

‘New Dawn’ was inducted into the World Federation of Rose Societies “Hall of Fame” in 1997. This beautiful, semi-double, light pink modern climbing rose was discovered by Somerset Rose Nursery in New Jersey, USA, in 1930. The rose is a sport of ‘Dr. W. Van Fleet’. New Dawn was the first rose plant in the world to be patented which opened the door for thousands of roses to also become patented.

New Dawn is a famous, repeat flowering, vigorous climber which can grow to 3m tall and 5m wide.  It produces sweetly fragrant, blush pink blooms borne both singly and in clusters throughout the season with an unusually long flowering period. Reliable and easy to grow, it has glossy green leaves and excellent disease tolerance, especially if it is correctly watered and fertilised. Grow it in full sun and train it onto a trellis, arbour, fence or other garden structure.  However, watch out for the vicious thorns.

This rose remains very popular among gardeners and is available from Treloar Roses and rosesalesonline. 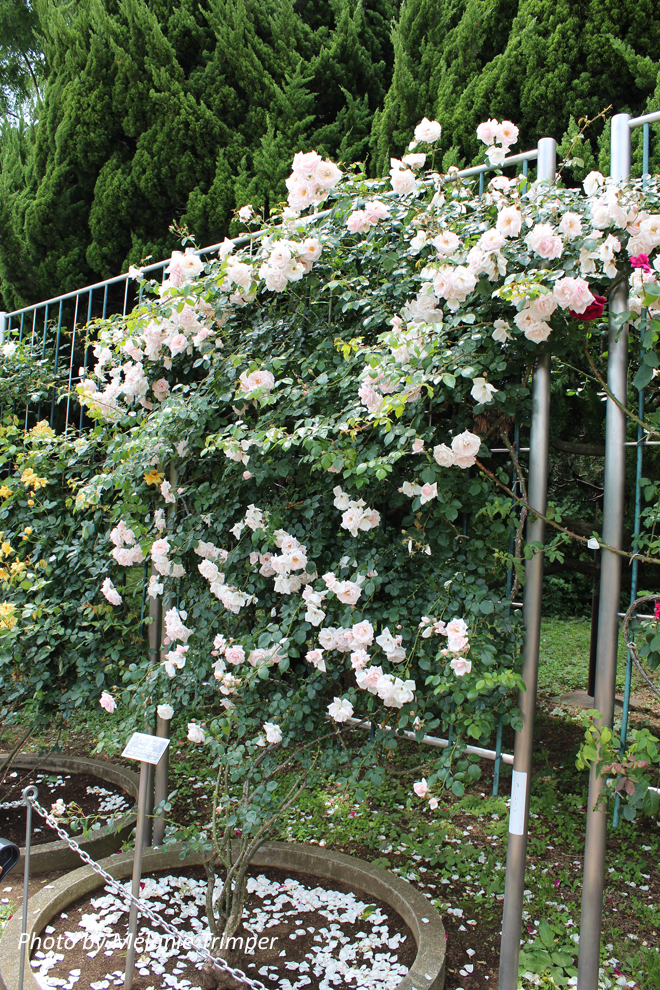