The following notes are not an attempt to discredit all that has been written about the pruning of roses. Most of the notes in text books and newsletters all seem to be similar. They give particular instructions and make it difficult for a novice or even an experienced gardener to make a decision about where to start the pruning process. Difficult because they just do not want to get it wrong. They do not want the plant, the precious rose plant, to fail in its endeavour to please us with a bounty of colourful and scented blooms.
My observations are based on experience and a healthy respect for genus rosa. If all you need is a kick start, forget about everything else, even most of this, and focus on Observation #3 and the illustrations that accompany the text.

1. July is the best month to prune.

This is spruiked as a given, but pruning can be done any time you please, with some provisos. I’ve seen roses pruned mid summer to solve a mite problem and given some shade to protect the canes from sun burn, the plants responded magnificently. The major winter prune is done when the plant is dormant or as dormant as it ever will be. This depends on the season, the variety of the rose and the eco-system in which the plant is growing. If there is no evidence of new growth, the plant for all intents and purposes is dormant. This can be seen in some plants from early May, and the window of opportunity for pruning can extend well into August. July is a good average.

2. You will not kill a rose by pruning it.

Roses are tough, their origins are from some of the most arid conditions and also the most luxuriant where competition is fierce. Pruning in the wild was left to animals, weather conditions and disease. A rose can dieback to the stump and provided the roots are somewhat in tact, it will shoot out when the conditions are favourable.
For the home gardener who doesn’t know that pruning is different from hacking, the end result, in terms of blooms, could well be the same. There may well be more die-back and the following flushes might not be as great, but, water and fertiliser in the growing season are great remedies.

3. You can only cut a cane shorter, never longer.

In the light of what is described in observation #2, does it matter? This is where we set ourselves apart from the non-rose gardener and can score lots of points in debates about gardening. ‘I don’t care if your tomatoes are bigger than mine, I know how to prune a rose!’
We know to make each cut to within 5mm. of a healthy bud. We know to leave one, two perhaps three  buds on each cane above each branching point across the whole plant. It can be the first branch point or the seventh, same rule. This implies you can prune lightly or heavily. If your bush is healthy and you want lots of flowers, leave the canes longer with many spurs. If you want a more compact plant and some reinvigoration, cut back to leave shorter canes and fewer spurs.
It’s not a matter of how much you cut off, it’s a matter of what you leave that counts. That is to say, ‘your new crop of flowers will grow on what you leave and that is what this is all about’.
The diagrams illustrate what the above is trying to say for a hard prune and not so hard prune and a very hard prune. Given that each cut is made 2 to 3 buds or bulging leaf nodes along the spur from the branching point.

4. Don’t fuss about cutting a cane at an angle.

Don’t worry about cutting through at an angle. A healthy cane will seal over the cut without any human intervention or measure of angle.

5. Don’t concern yourself about opening up the centre or shaping the plant.

Don’t concern yourself with cutting out the centre of the plant to allow for more light and ventilation. If you do cut it out, a healthy plant will fill the space soon enough. If the gap is very large, you may find the plant will struggle with sun burn on new canes quite early in the season. Leave the canes and let the leaves shade the base of the plant as nature intended. You will also get extra flowers. If you prune in the manner described you will find that the plant will assume a symmetrical form. This applies to bush plants and to standards.
Pruning some canes hard and others less so may work for some rose varieties to give flowers lower down, but you also may find the canes cut hard will simply perform poorly or die back to the stump. Hybrid Teas seem to be more prone to do this than a shrub. Experiment a little to find out how your roses respond.

6. A rose will still flower even if it is not pruned.

Neglected rose plants that are well established, still produce flowers. They may look untended and have lots of dead material threaded throughout, but the flowers, particularly in spring and autumn are as good as a pampered plant. One real concern is the untended plant being in a sheltered spot and not losing its leaves during winter. They become and early source of aphid and mites.

7. Clean up for the right reasons.

Removing leaves from a plant is part of the pruning process. If a water shoot still looks healthy with lots of nice green leaves you may be tempted to leave it. Have a closer inspection. Look on the underside of the leaves. You may well see rust, aphids, spider mite and other unidentified little critters. Cut any remaining flowers for a vase, grasp the top of the cane and run your gloved hand, firmly, along its length. With the right technique you can remove most of the leaves in one run. The same technique can be used for climber canes. The prickles tend to slope towards the base of the cane and will not cause you any pain as you run your hand in the top to bottom direction. Don’t press too tightly because you don’t want to damage the latent buds. Raking up dropped leaves and old mulch is optional. The reason, usually stated to justify this, is to remove overwintering mites etc. and to reduce the risk of fungal diseases from taking hold early in the new season. To be honest, I don’t think it makes much difference. It makes for a tidy bed and that is seen by some gardeners to be important. Fungal spores and eggs of mite and aphid are minute and will always be present.
Removal of scaly old bark and a thorough wetting of the pruned plant and the immediate area about the plant with winter oil or lime sulphur is as good as it needs to be.

8. You cannot predict when a rose will flower in the spring.

I have about 120 different rose varieties growing in my front yard. They are all pruned within a few days in July. One year it was early in July. Last year (2015) it was almost to August before they were pruned. With the early pruning I had a magnificent crop of Kardinal and was able to show exhibition blooms in our spring show. Last year, late pruning, Kardinal had almost finished its first flush by our show day. Some of the other varieties responded in an opposite way. They flower when they are ready. Location, water, soil and air temperature, availability of resources all contribute to the time line.
With a number of different varieties and plant types (hybrid tea, floribunda, shrub, miniature, polyantha, climbing) the colour in the garden is continuous from early October to mid June.

Leather gloves and long sleeved fine knit work garments are a ‘must’. Having sharp secateurs, pruning saw and long handled loppers will also ensure a problem free task. ‘Sharp’ is the key word and by-pass secateurs as opposed to the anvil type. Secateurs can be purchased with prices ranging from a few dollars to more than a hundred dollars. Provided they can be sharpened and adjusted, the cheap variety will do the same job as the dear one.

To benefit from good pruning the plant will need to be fertilised and sprayed for fungal disease prevention at the end of winter to mid September. If we don’t have any significant rain during September then a regular watering programme should be commenced no later than early October. Water levels need to be kept up, as this allows the plant to recover quickly from its first flush.

Mulch is good for the health of the soil. It stops water from being removed by evaporation and the soil temperature is moderated. All of these good things are good for the rose plant. Like most good things in life there are some provisos. The plant still transpires water and will still have to be watered. When watering it has to be considered how much water has to be added to get through the mulch and into the soil. Some mulches are very effective in soaking up water. We also have to make sure that when we fertilise the plants that the fertiliser is washed into the soil and not left to deteriorate on top of the mulch.
Two things that we can be pleased about if we don’t mulch. When using the ‘shrubbler’/‘octet’ style of drippers the water and fertiliser is going directly to the plant roots and the soil not being wetted by the sprinklers forms a hard surface that acts in much the same manner as a mulch.
If we keep our plants healthy and they have developed a good leaf cover, and we haven’t chopped out the centre of the plant, they shade the soil, and shade is a most effective way of keeping the soil cool.
Planting dense, shallow rooted plants along the border will also be advantageous. Plants like Alyssum, native strawberry and Lobelia come to mind. These plants will also stop the Black Birds from scratching material onto the path. 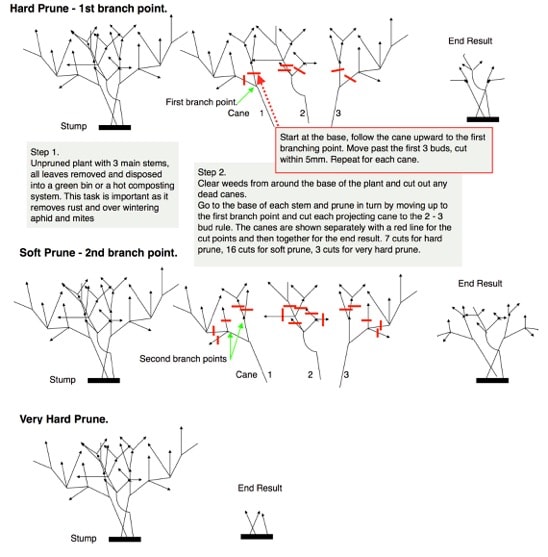