A Calendar for Rose Growers

A CALENDAR FOR ROSE GROWERS

This is the month to fertilise with Neutrog Sudden Impact for Roses pellets or liquid, endorsed by the Rose Society of South Australia (RSSA). Apply when the ground is damp. Regular watering is still required. Roses can be trimmed in summer, one to two weeks after fertilising, to achieve a strong and vibrant autumn flush. This is only a “trim” so resist the temptation to cut too heavily.

New rose catalogues are now available. Look for new rose cultivars which have performed well in the National Rose Trial Garden of Australia, located in the Adelaide Botanic Garden.  Pre-order online to ensure your new roses are available, especially new releases. There are many new varieties which are pest and disease resistant requiring less maintenance. Start preparing new rose beds by deep digging and applying compost, animal manure and gypsum, if the ground is heavy with a high clay content. To encourage good microbial activity in the soil, the Rose Society recommends applications of Neutrog’s “GOGO Juice” at this time. 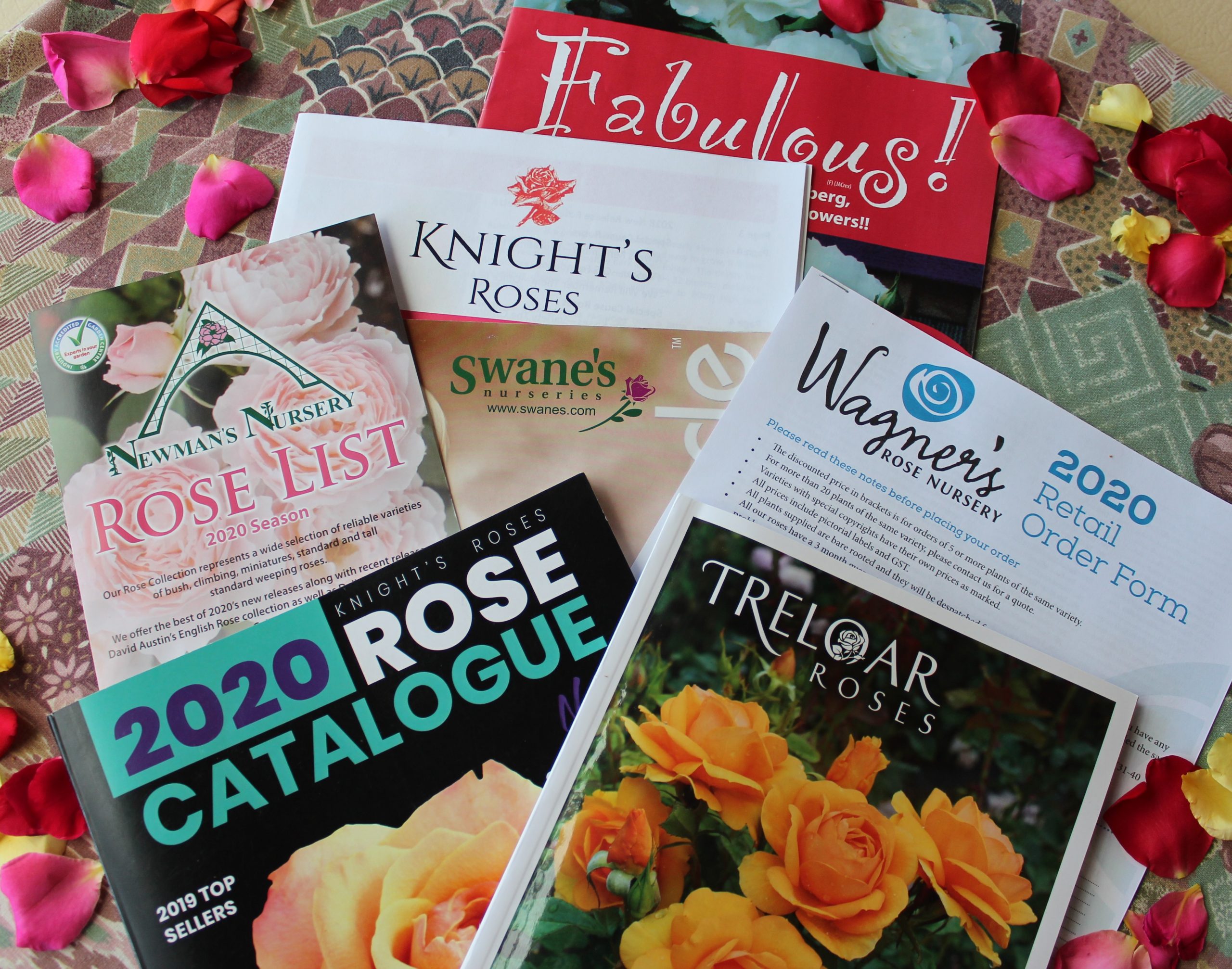 Time to remove non-performing roses to make space for new rose plants. Remove the old plant and half a wheelbarrow of depleted soil which can be transferred to elsewhere in the garden. Replace it with the same amount of good soil from an area of the garden which has not had roses growing in it. Add compost and GOGO Juice to make the area ready for new plantings later in the year.

This is the best month to take hard-wood cuttings (stems with at least four buds) and callous them in bundles in sharp-sand, before transplanting them individually into pots using a base potting mix.

New roses will arrive and can be planted. Rose plants prefer full sun. Ensure they are removed from plastic, soaked in a bucket of water for 12 hours (or overnight) prior to planting. Remove any damaged or broken roots with a clean cut. Use a handful of Neutrog Seamungus, a soil and plant conditioner, (recommended by RSSA) when planting. This acts as a root stimulant. Avoid the use of any other fertilisers, particularly inorganic, when planting as this may actually harm the roots of the young rose.

If unsure how to prune roses, demonstrations are conducted at several locations during winter by the RSSA. Avoid the temptation to prune too early. 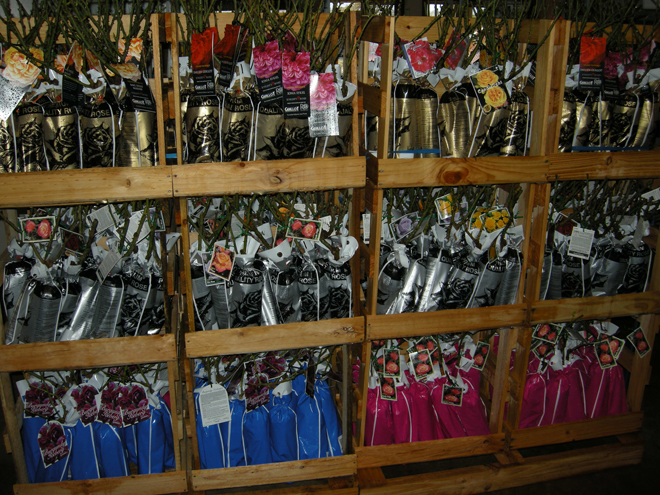 Focus on the bottom half of the plant. Ideally, you want to retain strong, healthy, young canes and remove all dead wood, twiggy growth and weak branches. If sufficient new canes have grown from the base (water shoots), then you can remove old canes from the base. Ultimately, you want a rose bush to resemble a cup shape. The outer canes should be reduced to one-third to half of their original height and cut to 1cm above an outwardly facing bud (eye). Treat climbers more gently by training the best canes. Remove all leaves and pick up rubbish. Pruning can be enjoyable with the correct gear and by taking one’s time. Apply Neutrog Seamungus at the end of July to the roses in your garden. Rose planting can continue. 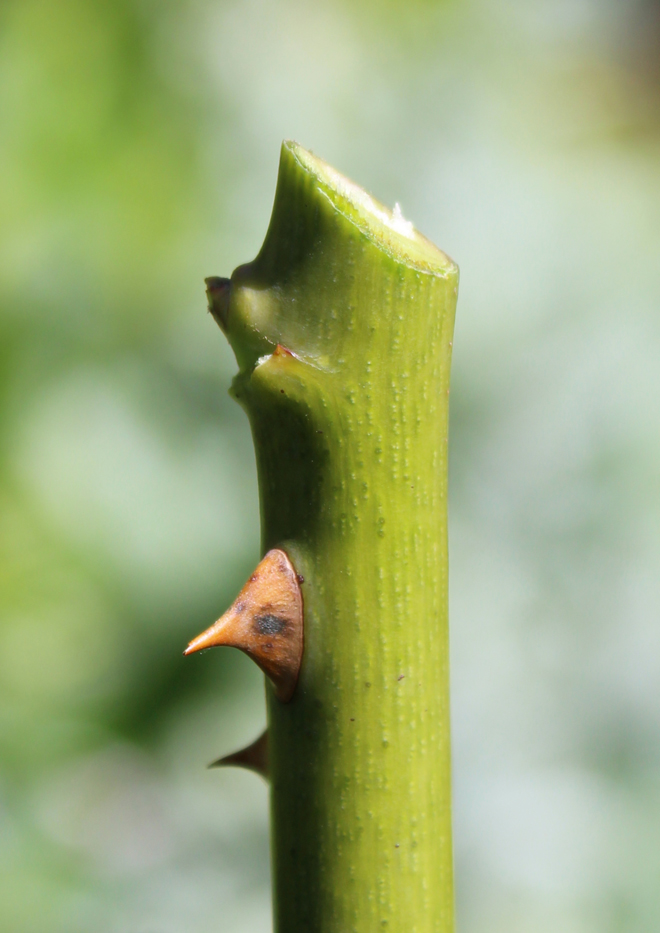 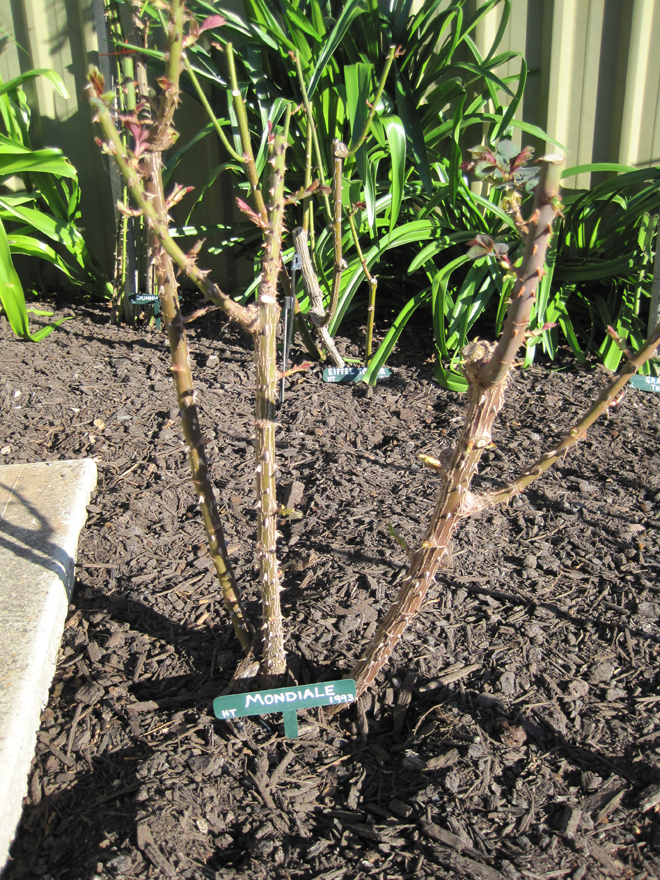 Finish your post-pruning clean-up. Ensure rose prunings and as many fallen leaves as possible are removed. They can go to a green-waste collection point. After tidying up, ensure roses are sprayed with Winter Oil (or pest oil) or Lime Sulphur, but this has an awful smell!

Start applying mulch before the new season’s shoots get too long, as they can break off easily by brushing against them. Apply enough mulch to last a season. The RSSA recommends Neutrog’s Whoflungdung, which is a certified organic mulch, biologically activated, nutrient rich and weed free. 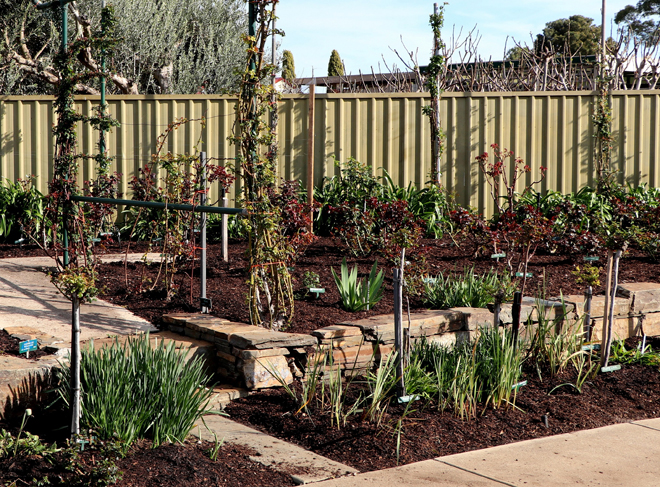 Fertilise early in the month with Neutrog Sudden Impact for Roses. As the soil should be damp from Winter and Spring rains, try and apply prior to forecast rain, then no “watering-in” will be necessary. Standard roses and climbers should be securely tied to their supports.

As shoots get to 15cm in length, apply preventative fungicides to avoid bad infestations of black spot, rust and mildew. A couple of sprays, a fortnight apart, mid to late September and early October may be required. Avoid using strong pesticides on Aphids and Grubs, instead try Organic oils (such as Eco-Oil or Eco-Neem) or one of the natural sprays (such as Natrasoap) to control bad infestations. You can also wash off Aphids with a spray of water. 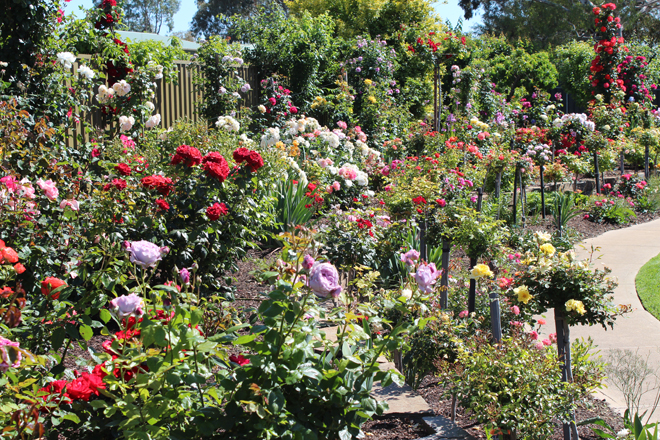 Spring flowering commences and this is the time to visit rose gardens. A visit to Adelaide’s Veale Gardens on South Terrace, Rymill Park and the Adelaide International Rose Garden, within the Adelaide Botanic Garden, is highly recommended.

If the Spring is unusually wet, additional fungicide sprays may be required to keep roses performing well. Early morning is the best time to water and pick blooms for indoors. Place them in a bucket of water immediately after removal.

Some of the later flowering roses will now be in full flush. Earlier flowering cultivars should have their spent blooms removed by taking the dead flower and around 15cm of stem down to the second five leaflet to encourage new shoots and flowers. As the weather warms up, roses will now require supplementary irrigation to maintain peak condition.

Commence regular irrigation if there is a lack of rainfall. Remove weeds as they appear and maintain a “dead bloom” removal program to maximise repeat flowering. Strong new shoots (water shoots) from the base of roses may need the support of a stake until they mature and harden. Don’t confuse them with suckers from the understock (which have a different leaf).

Usually the second flush of roses occurs around Christmas time and you can sit back and enjoy looking at your roses during the Christmas – New Year period.