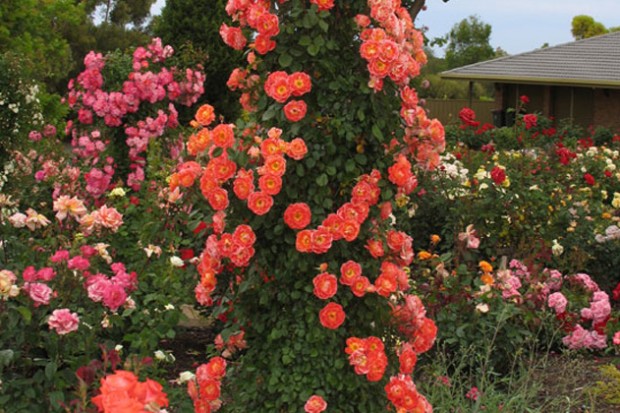 Rock ‘n’ Roll is classified as a Shrub Rose as it produces clusters of flowers, often over 10 blooms per cluster, with typical shrub-like, tall, lanky canes. In fact, it is best grown as a pillar rose, up to 3m tall, in South Australia. When grown in this manner, it can produce a show of beautiful flowers from the base of the pillar to the top.

The flowers, which have a mild fragrance, last well when cut and you only require a few stems to make a vase full of bright colourful blooms.

The plant is vigorous, healthy and disease resistant and the abundant spring flush is followed by smaller, but consistent flushes throughout the growing season.

Rock ‘n’ Roll is recommended as a rose to create a strong vertical element in your garden as a feature rose.