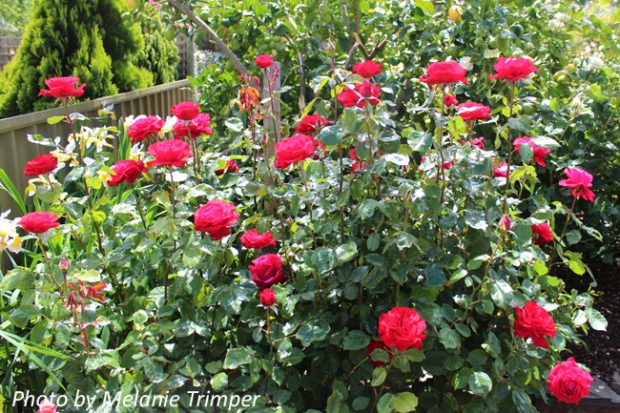 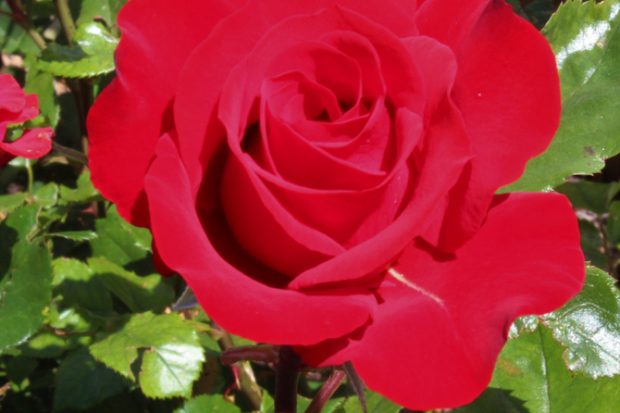 Aka AUSTRALIAN CENTENARY OF FEDERATION

‘Rebell’ was bred by W. Kordes & Sons, in Germany, in 1996 and was introduced in 2006. Rebell was also released in Australia as ‘Australian Centenary of Federation’ to celebrate the Federation of Australia when the six colonies formed the Commonwealth of Australia in 1901.

Brilliant scarlet red roses often conjure up feelings of love, passion and emotion. The bright red colour was not found among wild Species Roses but red was a later development, which resulted from breeding (cross-pollination). In particular, ‘Slater’s Crimson China’ (1790) played a significant role.

The high centred, cherry red blooms are perfectly shaped and 12cm in diameter. The blooms are large and full with about 20 – 40 petals creating a beautiful display.

This excellent, hardy, upright bush grows 1m to 1.6m tall and is known for its prolific repeat flowering throughout the growing season. The attractive dark green foliage is disease tolerant and extremely tough and heat resistant, making it an ideal rose for our climate.

Rebell is a fitting choice for the 14th February. The rose has been a symbol of love and beauty since Roman times, as well as a symbol of passion and true love for many other cultures through the ages.

Available from Wagner’s Rose Nursery in S.A. and Treloar Roses in Victoria. 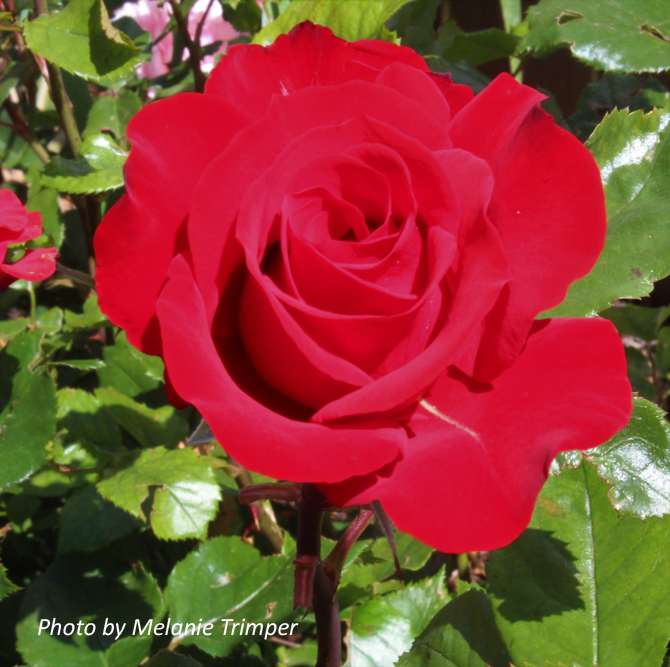