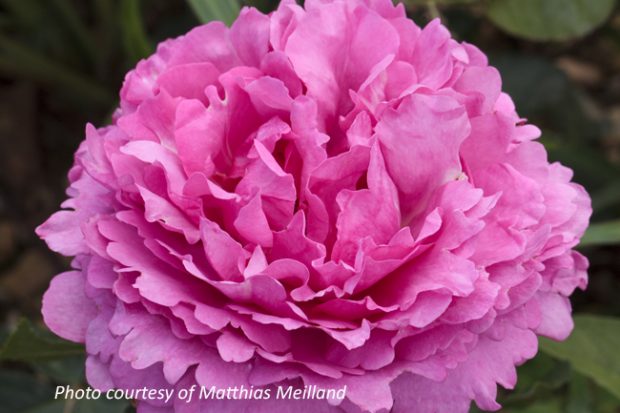 This rose was bred by Marie-Louise (Louisette) Meilland and Jacques Mouchotte of Meilland International in France in 1983 and introduced in Europe as ‘Yves Piaget’ in 1985.  Mr. Yves Piaget is a famous Jeweller and Patron of the World Federation of Rose Societies.  The rose is also known as ‘Royal Brompton Rose’ and was introduced as ‘Queen Adelaide’ in Australia in 1986. Adelaide was the first Australian capital city to have a rose named for it.

Queen Adelaide has fully double, mauve-pink cupped shaped blooms with slightly ripple-edged petals (40 – 80 petals) in a globular form. It has a strong classic rose fragrance with a slight hint of Anise and Old World charm.

Queen Adelaide is a medium sized bush, 1.2 to 1.5 metres tall with a good growth habit and glossy dark green foliage, which is virtually thornless and blooms in flushes all throughout the season. Disease resistance is good in hot, dry climates and it enjoys a sunny position.

This popular rose has received many international awards and is a worthy addition to any rose garden. Queen Adelaide has been planted in numerous gardens by the Adelaide City Council.