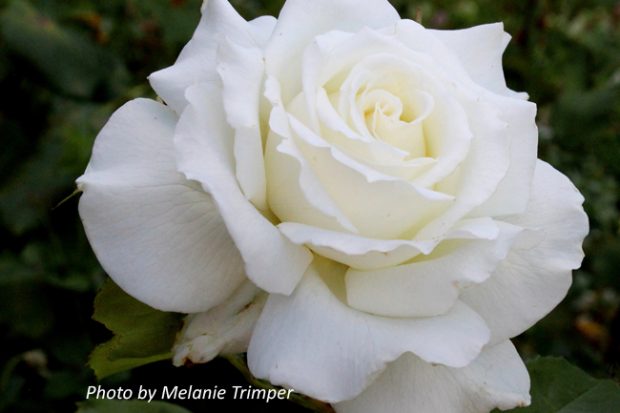 Once in a while an exceptional rose comes along that grabs the attention of the rose world.

Bred by Dr. Keith Zary in the USA, this rose was introduced in 2006 and named to honour the late ‘Pope John Paul II’.

This outstanding rose was awarded a Gold Medal and the title ‘Australia’s Rose of the Year’ for 2010 from the National Rose Trial Garden of Australia, in Adelaide, and gained an international reputation for excellence worldwide.

It is not only a perfect pure white, classic rose, it has all the other desirable characteristics as well. One of the most fragrant roses, Pope John Paul II has a magnificent intense fresh citrus fragrance, beautiful large high-pointed blooms on long stems and prolific repeat flowering. Given its fragrance and vase life, it makes a great cut flower.

This rose excels in all types of climates from the cool damp climates of Vancouver and Tasmania to the hot dry climate of Adelaide and South Australia. It simply has it all.