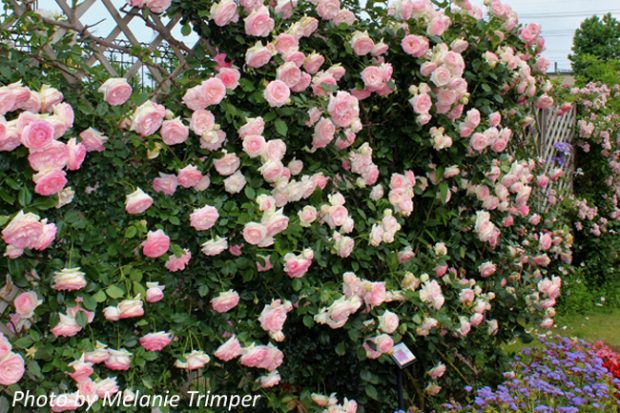 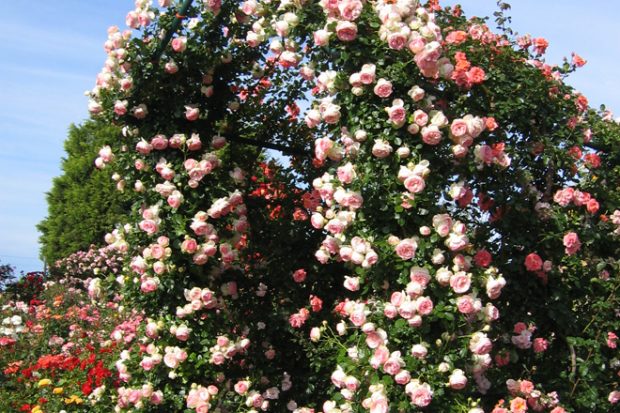 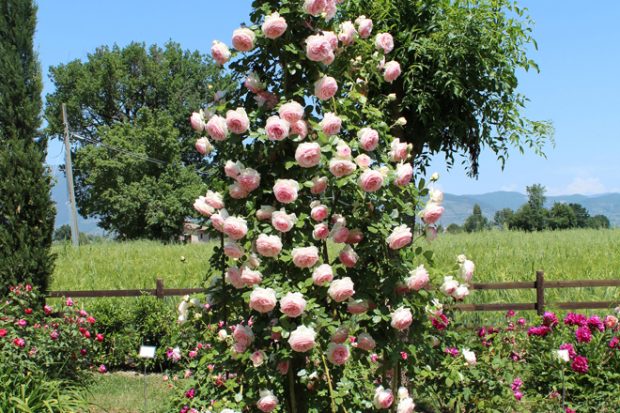 ‘Pierre de Ronsard’ is a moderately vigorous, climbing rose ideal to cover an arch or small trellis. Bred in France, by Meilland and introduced in 1987, Pierre de Ronsard is a very disease resistant rose and creates a magnificent spring flush. The 7 – 10cm globular flowers, comprising 55 to 60 petals, are an attractive creamy white suffused with carmine pink borne singularly or in clusters up to 4 blooms per stem. Adding to its seductive, colourful display these flowers have a light, tea rose fragrance. Flowers last reasonably well when picked for floral arrangements. This rose has performed well throughout the world and thrives in our South Australian climate.

When grown against an arch, the plant can achieve heights around 3 metres, so it is preferable to plant a rose each side of the arch to achieve a complete and even cover in 3 to 4 years. Regular removal of spent blooms will ensure repeat and constant flowering throughout the growing season. Pierre de Ronsard does have a few thorns implying the arch needs to be at least 1.5m wide to avoid being caught by thorns. For romantics, an arch of Pierre de Ronsard provides a classic rose framework and excellent feature in a garden.

The name honours Pierre de Ronsard (B.1524 – D.1585) who was a famous French Poet in the 16th Century. He enjoyed a great life: educated, well-travelled, highly productive, popular and he mixed socially, as friends, with royals such as King Charles of France, Queen Elizabeth I of England and Mary Queen of Scots. His own generation, in France, called him the “Prince of Poets”.

Inducted into the World Federation of Rose Societies’ Rose Hall of Fame in 2006.

Due to its popularity, Pierre de Ronsard is readily available from garden centres and nurseries, including specialist nurseries: Knight’s Roses, Wagner’s Rose Nursery and Treloar Roses.

Another great small Climber is ‘Cocktail’, also bred by Meilland and introduced in 1957. Its single flowers are geranium red on the edge of the petal with a yellow centre. It was inducted into the Rose Hall of Fame in 2015. 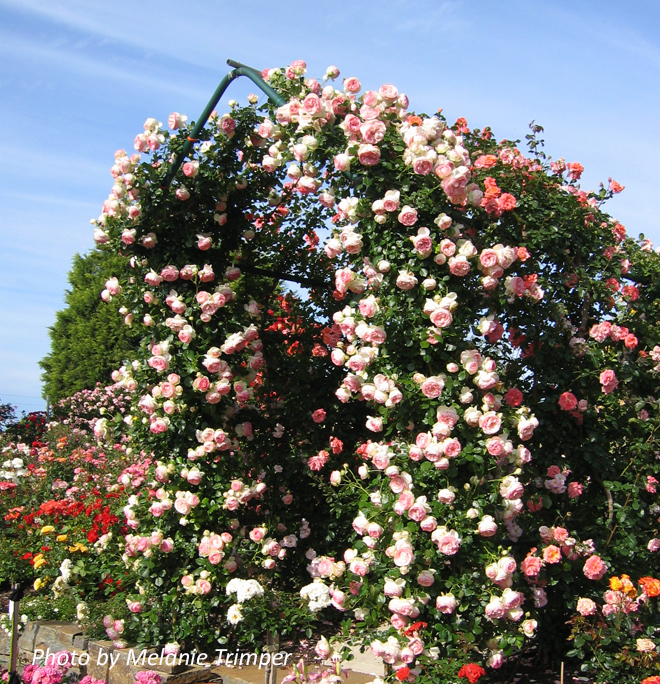 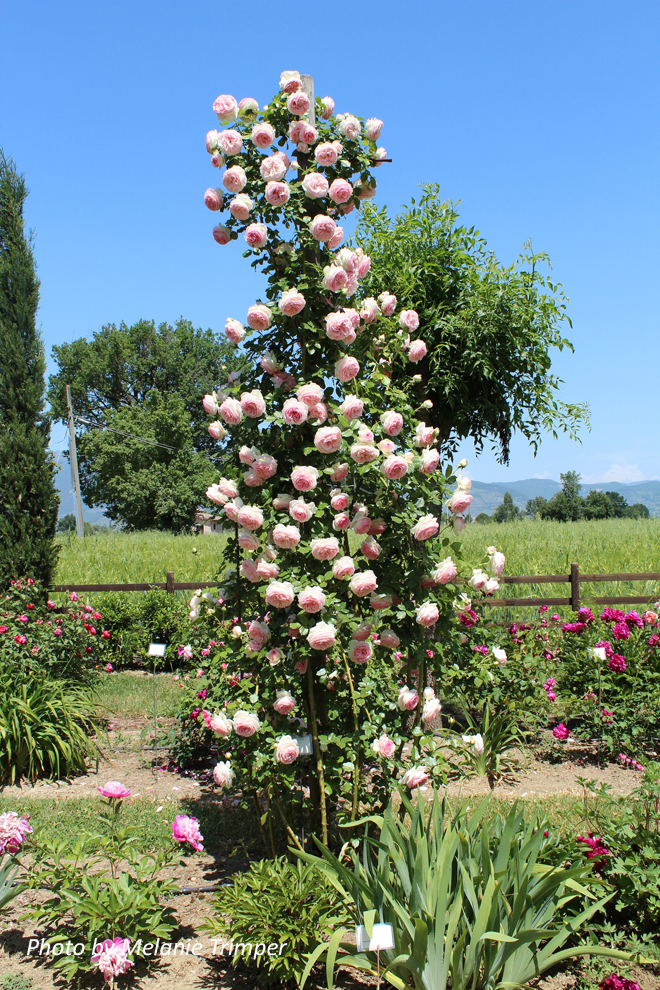