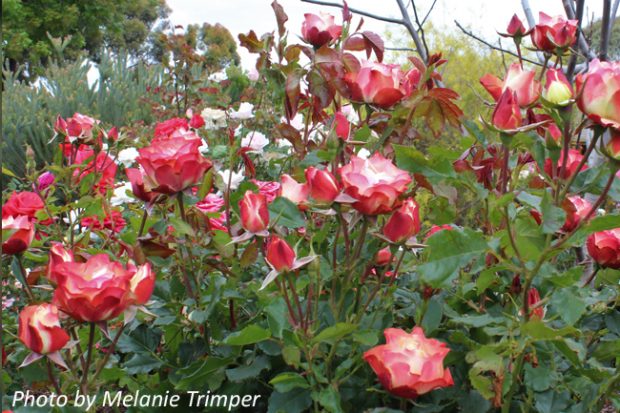 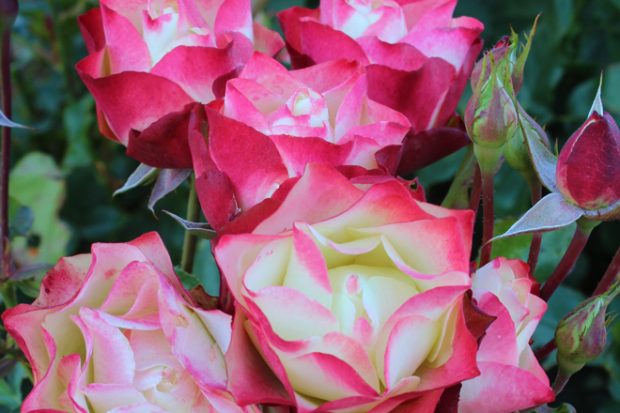 Origami was bred by Meilland International in France in 2009.

Origami is a very unusual looking rose with angular blooms similar to Origami, the 17th century Japanese art of paper folding. Said to be the first of its kind in the world and called “The Star Rose”.

The blooms are cream, margined with red, are large, full with 41 petals, and an abundance of flowers. The petals have intricate pleats and folds.

The rose has a mild rose perfume, a long life as a cut flower and well worth a position in the garden especially if looking for something that is a little different.

Origami is highly disease tolerant with mid-green foliage and grows to a height of around 1.5m.

This rose is suitable for planting singly, in a pot or even as a hedge. 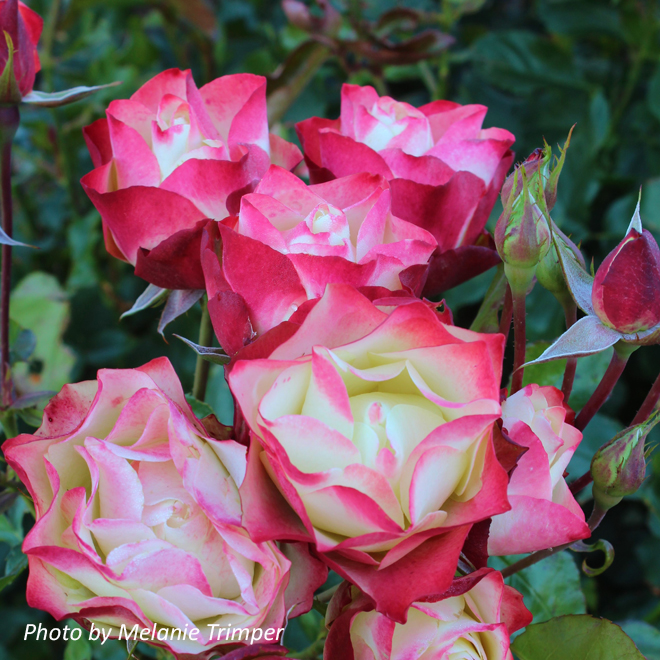