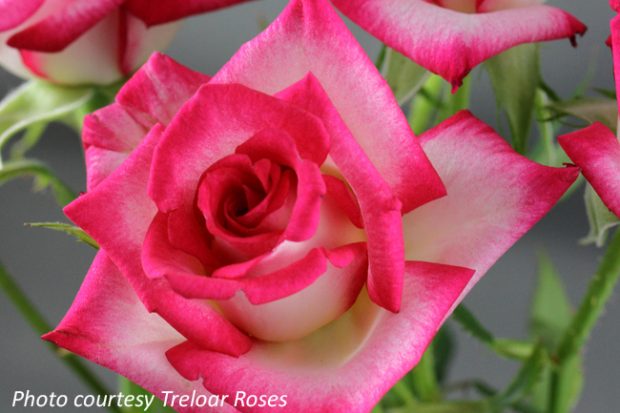 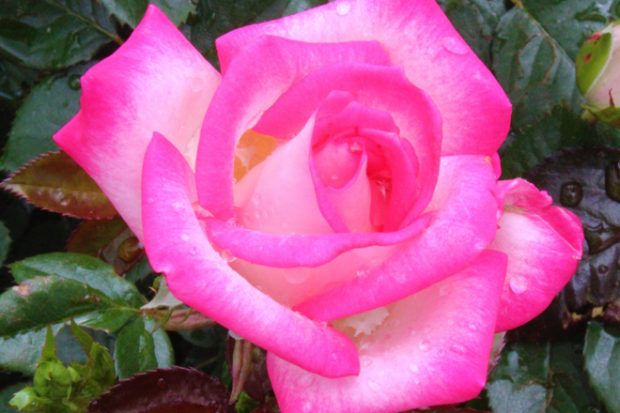 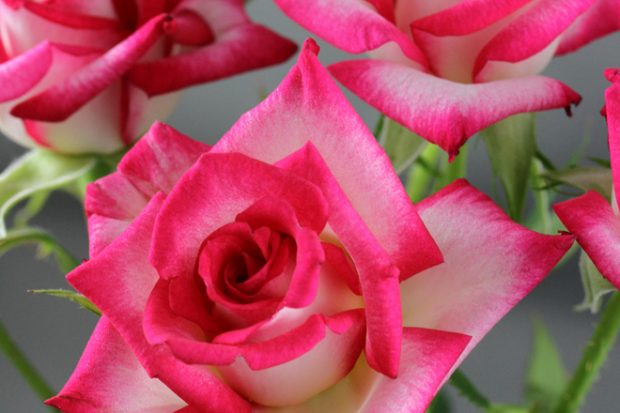 ‘Magic Show’ was bred by Frank Benardella in the USA, before 2004, and was introduced in 2010. This award-winning miniature rose was bred from one of Frank’s favourite parent plants ‘Perfection’ to create a very striking, bi-colour miniature rose.

The late Mr. Frank Benardella (1932-2010) was a prolific breeder of miniature roses, making the transition from exhibitor to rose breeding in the 1980s. His meticulous breeding resulted in 20 of his roses receiving the Award of Excellence in the USA and many were internationally successful.

The colour and shape of the petals are one of the most appealing features of ‘Magic Show’.  The petals are white with a red edge and a white reverse.  The high-centred blooms are about 50mm in diameter, fully double with 17-25 petals, usually singly. It has regular flushes throughout the growing season.

The upright bush grows 45cm to 75cm and is covered in healthy medium green foliage that is disease tolerant making it easy to grow. Its compact size fits into most gardens and is suitable for containers. This is an ideal cut flower for arrangements and a top-rated exhibition rose which has won many prizes in rose shows.

Available from Treloar Roses in Victoria. 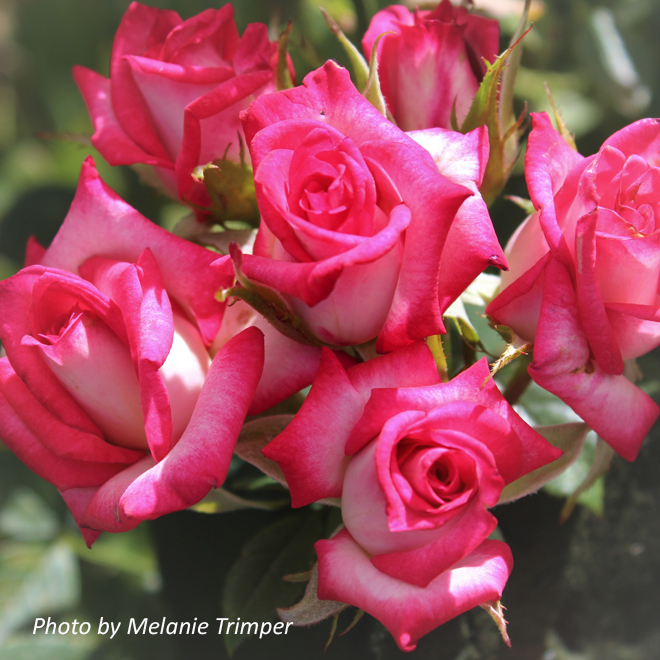 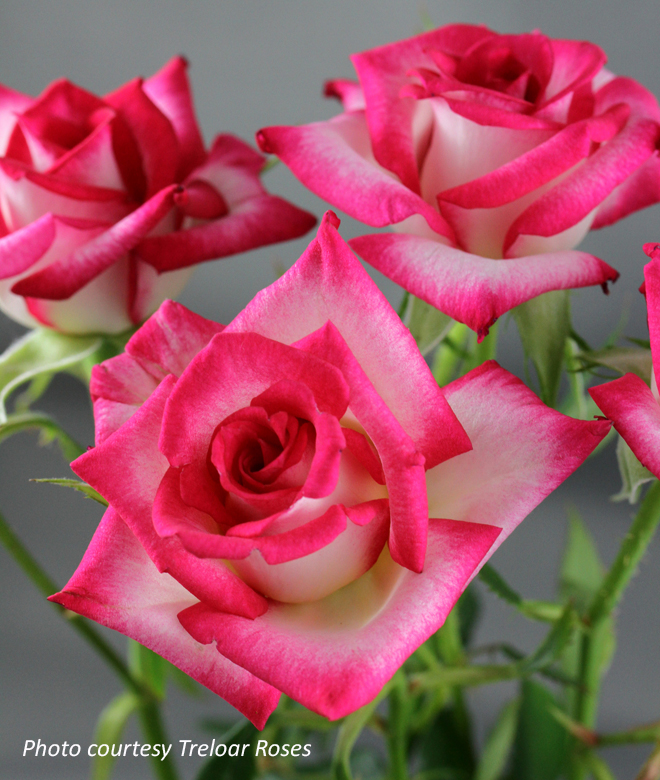 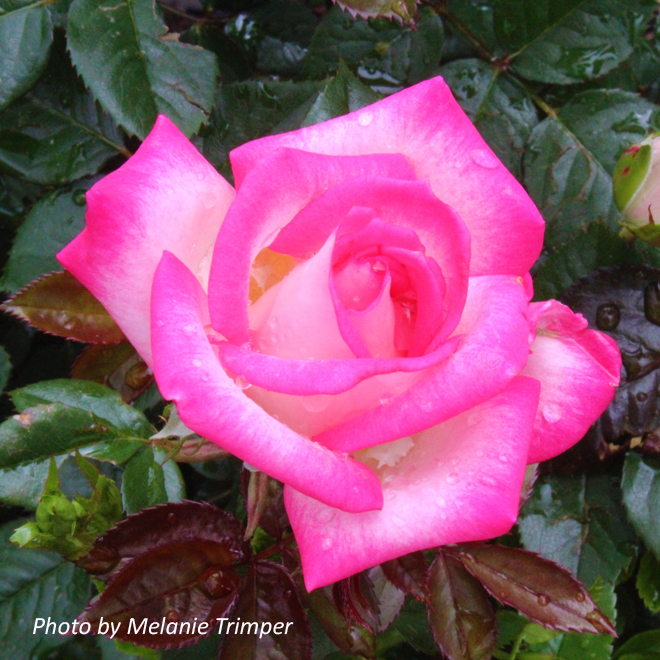