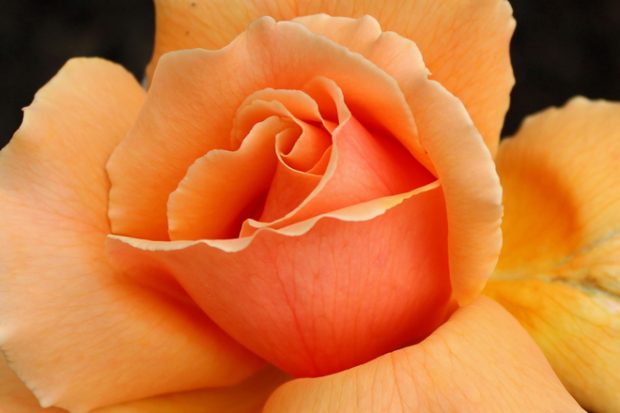 After 50 years, this Hybrid Tea is still very popular and it performs well throughout Australia and there are many fine specimens in Adelaide gardens. The plant is very well behaved and generally achieves a height of 1.5m and width of 1.2m. Flowers are borne one per stem and can be of immense size up to 16cm in spring and autumn, slightly smaller during Summer. The bush is disease and heat tolerant.

The flower is an eye-catching rich apricot colour with a loose, informal centre of pretty frilled petals. Probably its most seductive feature is its intense, spicy fragrance which will quickly fill a room, when a bunch is placed in a vase.  This perfume is inherited from its parents (Fragrant Cloud x Dr. A.J. Verhage) also renowned for their strong scent. When introduced, its colour and size of flowers were considered innovative breakthroughs in rose breeding.

Just Joey received the Royal Horticultural Society Award of Merit in 1993 and was voted the world’s favourite rose when it was inducted into the World Federation of Rose Societies’ Hall of Fame in 1994.

‘Fragrant Cloud’, was bred by Tantau and released in 1963, and was also recognised by the World Federation of Rose Societies and induced into the Hall of Fame in 1981. 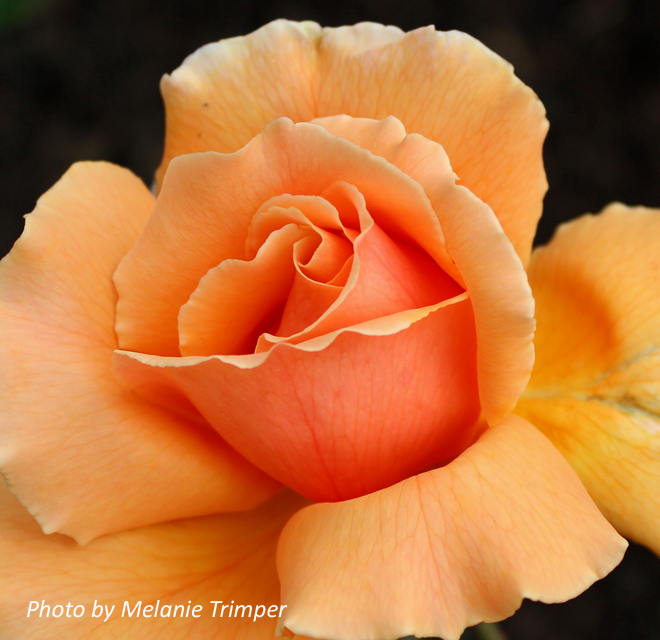