Spring heralds the start of the growth and flowering period for roses. Waking from their winter slumber, rapid growth occurs in September and the first flush of flowers can be expected in mid to late October in warmer areas, including Adelaide, and in early to mid-November in cooler areas of the State.

Increases in temperature and the reduction in rainfall may require the application of supplementary irrigation later in the spring. If damp conditions occur when roses are in their rapid growth period, they can be susceptible to fungal outbreaks which can severely impact their growth and performance.  This is a critical period for rose case and attention.

Generally, watering will not be required until October. The exceptions are newly planted and potted roses which may require regular watering commencing September. These should not be allowed to “dry out”.

Irrigation systems should be checked in early September to ensure they are working effectively. Leaks and other problems should be fixed prior to hot weather to avoid costly delays when the first dry spell arrives.

Young, newly planted roses will benefit from alternate, fortnightly applications of Liquid Seamungus and GoGo Juice as part of their watering regime. 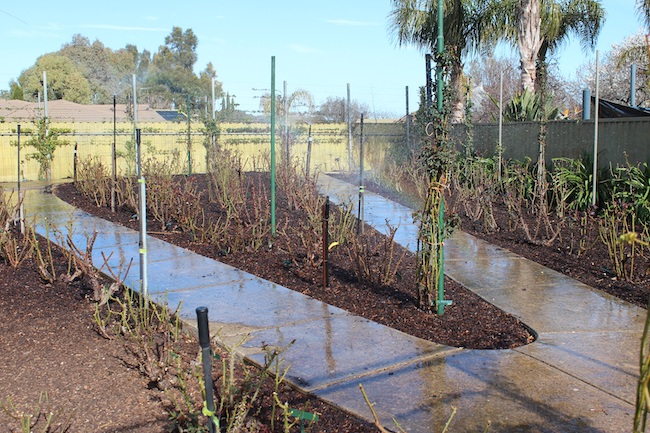 If mulch was not applied immediately after pruning, it is essential that it be laid down early in spring. Neutrog’s ‘Whoflungdung’ is an excellent mulch recommended by the Rose Society. It’s a certified organic mulch which is biologically activated, nutrient rich and weed free. It comes in 20kg compressed bales and can be easily spread. Spread a layer about 5cm in depth and water in to reduce odour and to settle it down. Mulch performs four key tasks:

–           Cools the surface and maintains moisture levels around surface roots (in the top 10cm of the soil).

–           Breaks down to feed the root zone of roses and enriches the good microbial activity in the soil.

–           Reduces weed problems which often germinate with the onset of warmer weather.

Spring is often regarded as the best flowering period for roses. Providing the rose bush is healthy and actively growing, strong stems will yield many beautiful blooms either singly or in clusters depending on the type of rose. 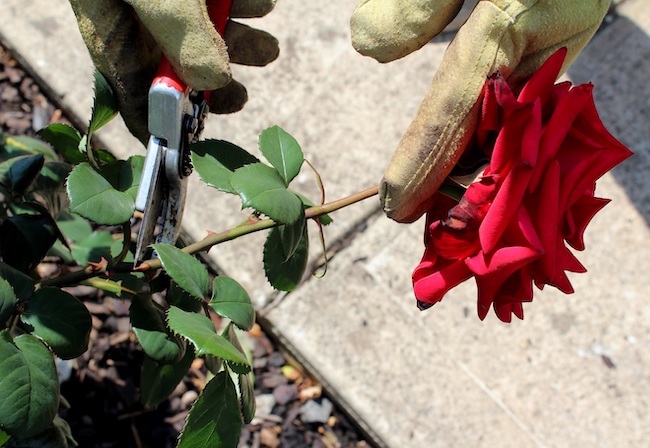 To encourage repeat flowering, removal of old blooms is recommended. If blooms are one per stem, the old bloom and a portion of stem down to second five-leaflet leaf is recommended to be removed to ensure the regrowth produces another flower. If a cluster of blooms, remove the old middle bloom to enable the surrounding buds to open. Once these have finished, the cluster should be removed with the stem down to the second five leaflet leaf.

Occasionally, some ‘blind’ spring shoots stop growing and don’t produce flowers. These should be trimmed down to a five-leaflet leaf to encourage a new flowering shoot.  A non-performing rose bush is a sign that it is lacking fertiliser or may be diseased.

It’s time to feed your roses!  It is recommended that Neutrog ‘Sudden Impact for Roses’ be applied when the young shoots are around 2cms in length. Application prior to forecast rain is helpful, as this will take the fertiliser with it to the root zone as it soaks in. Otherwise, water the pellets in after application. Sudden Impact for Roses in its pelletised form will break down over the next 2 to 3 months and, slowly but continuously, feed the plants.

It is important to note that the higher Potassium and other trace elements in Sudden Impact for Roses is designed to strengthen the cell wall structure of rose leaves and result in increased resistance to fungal diseases. They also improve the quantity and quality of flowering.  If plants are not performing well, supplementary applications of Seamungus and GoGo Juice should boost the plant back into strong growth.

The emergence of new growth in spring heralds the return of pests and diseases which can frustrate those wanting clean, healthy bushes. Fortunately, there are now many natural remedies for pests. These include the presence of predatory wasps to control aphids and bacterial laden sprays such as ‘Success’ or ‘Dipel’ to control both bad insects and grubs. Occasionally, initial outbreaks of aphids can be severe and these should be washed off or sprayed with a natural product, such as ‘Natures Way Natrasoap Pest Spray’ until their peak infestations are reduced and the predatory wasp can get them under control. Pest Oils can also be used to control insects and will also assist in fungal treatment.

Fungal issues often infect roses in early spring and, if left untreated, can severely impede the performance of a rose plant. Prevention is better than a cure and applications of preventative fungal sprays a fortnight apart in early spring will certainly stop major outbreaks of Mildew and Black Spot. Natural oil sprays, such as Eco Oil, and milk spray (1-part full cream milk to 10 parts water) are great “gentle on the environment”, preventative sprays. Mancozeb or Triforine sprays offer chemical treatments which have proven very effective. If a major outbreak occurs, regular fungal spray treatments will be necessary to get these diseases under control.

It is important to regularly inspect the performance of newly planted roses. The roots of young plants are still being established. They are prone to drying out and may need supplementary watering to help them develop in their first year. If initial growth is not strong and vigorous, regular applications of Liquid Seamungus and GoGo Juice will assist the plant to establish a regular growth pattern. 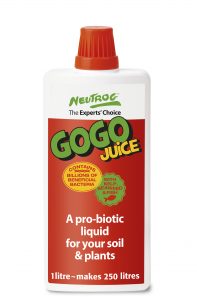 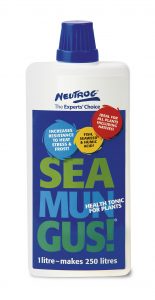 There are regular rose shows which feature roses in the spring. These provide a great opportunity to view roses on display including some of the recently released varieties. It’s also an opportunity to have unknown roses identified and to ask the experts rose growing questions. Rose enthusiasts will receive abundant information and enjoyment from joining the rose society and sharing experiences with other rose lovers.